Perspective. Our state, as mentioned last week, had a mere half billion Rand to offer as aid following on the pandemic – because it is broke. This week, Eskom said that it will take R56bn from the existing state bailout… not to speak of SAA waiting in the wings after already having taken R57bn off us. If one spent that kind of money on poverty alleviation, would not more lives be saved? The fact is that poverty in South Africa is a much greater driver of death than is the coronavirus.

Mboweni has reaffirmed his commitment to fiscal reform; his allegiance partners have rejected approaching the World Bank/IMF, which would undoubtedly have imposed reformative conditions on such a loan. The first comment I received from a WhatsApp group was that the primary reason for the opposition to approaching those institutions is that one would be taking away the keys to the cookie jar. 😊

“All three of our credit rating agencies have concluded that our government is incapable of carrying out the structural reforms necessary” (Politicsweb) and the imposition of forced reform would undoubtedly be welcomed by those who actually pay tax.

Disinflation compared to deflation: deflation is a decrease in price levels; disinflation is a slowdown in the rate of change. Deflation is not necessarily bad but tends to accompany recessions, which result in a cut-back in spending, job losses the like. In inflationary times, holding hard assets is great as such assets appreciate in value, whilst cash loses value in that one cannot buy as much today as you could yesterday. In deflationary times, holding cash is great, as you can buy more tomorrow than yesterday; the contrary is true, hard assets in deflationary times, will lose you money. Before you rush to convert to cash – my all knowing son commented that, even with a substantial drop in inflation, South Africa would be unlikely to go into negative inflation/deflation territory.

Pink tax: the overpricing of products marketed toward women. I did not know what it was either.

Vodacom is having a go at Absa for losses of some R1.2bn: a lot of money.

Simply another business guru: one of his predictions is that the desktop computer is dead. Sure, a laptop goes anywhere but there is nothing to compare with multiple big screens when it comes to working effectively.

One interesting and quite positive note that appeared recently deals with, for instance, why we assume that South Africa will end up like Zimbabwe: do take a look and listen to the Ted Talk referred to about 2 pages down in the following video: https://www.biznews.com/good-hope-project/2020/03/09/brains-wired-sa-zimbabwe-wrong-neurologist

A recurring refrain, that I have encountered, is that pandemics empower workers: https://www.bloomberg.com/opinion/articles/2020-04-05/when-plagues-pass-labor-gets-the-upper-hand

Also, do take a look at the difference between economic growth after a war as compared to that after a pandemic.

Green deserts? No, plantations are not green deserts – take a look: https://forestry.co.za/why-plantations-are-not-green-deserts/

I confess to having been surprised by the extension of our lockdown. The following article holds a contrary view to what our state has done: https://mg.co.za/article/2020-04-08-lockdown-is-wrong-for-africa/

FNB predicts that the lockdown will have a dramatic effect on residential sales volumes but not on prices? Yet it says that the impending recession would weigh on demand but, far-reaching policy responses might well affect the market. I confess to being sceptical, policy does not put money in one’s pocket.

The Property Professional opines that sectional titles schemes are not exempt from lockdown rules. https://propertyprofessional.co.za/2020/04/09/sectional-title-schemes-arent-exempt-from-lockdown-rules/

No, you cannot use a deposit to make good short rental payments for residential leases: https://propertyprofessional.co.za/2020/04/02/rental-deposits-and-tenants-in-arrears/

Dr. Holness (UKZN) has reiterated a call for community service, a la a Zuma-year, for legal graduates. Superficially this is a great idea but, as opposed to medicine, lawyers generally do not deal with the problems of the poor. https://journals.assaf.org.za/index.php/per/article/view/5968/9675

The abuse of state litigation resources has allegedly continued for many years. Central in this is the State Attorney: a solicitor-general has now been appointed. One wonders why the British term solicitor has been introduced, it is foreign to South Africa.

Not only have RAF practitioners given a snotklap, they are destined for more punishment: the RAF has issued an application in the Pretoria High Court against the 160 practices acting for it and called for the return of its files. One wonders whether opposition against this would be as popular as the first-blush rush to court?

An article that was run by Business Maverick suggested that the lockdown would provide fertile ground for future lawsuits – think force majeure and contract, labour issues and so on. I’m sceptical.

For many years, a condition in a title, which prohibited the alienation of that property, without consent from somebody, was interpreted by conveyancers to include bonding that property, thus requiring a consent which one would lodge, together with the bond of the property. Is this set to change? I hold an opinion from the Chief State Law Adviser, requested by the Department of Rural Development and Land Reform, which makes a contrary conclusion. Ask me for a copy.

Switzerland’s response to the pandemic has been to adjust its bankruptcy laws to aid companies during the lockdown and that country is considering moving civil court proceedings to a teleconference platform to maintain the operation of the justice system.

A security company was negligent in handling the alarm call of one of its customers. The customer claimed for damages (the list of psychiatric issues underlying the claim is extensive… I was truly unaware how extensively the loss of things could thus affect one…) resulting from the break-in. This case is a model of how not to handle such a claim: http://www.saflii.org.za/za/cases/ZASCA/2020/33.html

Meme: picture the Blade Runner holding his head in his hands: When you realise your defence, that you shot a burglar for stealing toilet paper, would be acceptable today.

What is good for the goose? A professor of art crime at CUNY argued recently that, if art looted by the Nazis should be returned, then surely art looted by Europeans from the Middle East, Africans and Mesoamericans, should likewise be returned. She argues that the reason this is not done as primarily because the latter are not Europeans. Eina.

I had the opportunity of speaking to a man I much admire, a Croat-American, the third professor in his immediate genealogical line. I bewailed our situation as an Africans thing: his comment was that our woes is a human condition and not particular to Africa. S’true, looting in the USA as a result of the lockdown is similar to ours. We had a similar conversation 10 years ago, referring to the conduct of liberators in politics; it appeared then that Croat politics followed the same distressing course, where liberators morphed into looters.

What does the post-corona future hold?

Amen: that voice in your mind is not rationality but the Satan: give your money!

Bored? Visit the Louvre and other museums: https://www.demotivateur.fr/article/visiter-des-musees-sans-bouger-de-son-canape-le-plan-parfait-pendant-la-quarantaine-19057

or try the following site for full-length films: https://nites.tv/latest-movies-added/

And that’s how the fight started: a few new ones: 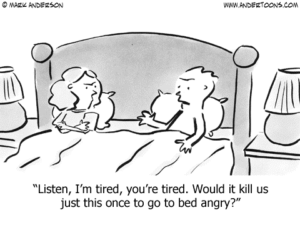