It’s the economy, stupid. A phrase coined by Carville and made famous by Clinton: a couple of weeks ago, the functioning of our economy was an arcane topic, entered into by politicians, pretending to be ideologues, to various ends and economists, to whom no politician wanted to listen. Today, it is a big deal, as the consequences of choosing looms large:

I gather that a mix of the two is probably called for i.e. we would probably have to ditch a couple of SOEs, lay off some civil servants and then spend on those projects which have the effect of stimulating the economy (so-called fiscal multipliers).

A much more interesting question is why we are poor as opposed to countries? A few interesting interesting statements that I encountered in vroeteling around on this topic was –

Do take a look, this is very interesting: https://www.youtube.com/watch?v=9-4V3HR696k

Lastly, the following video (middle of the text – ex Robin) is probably a summary of our current situation and, whilst economist Dawie Roodt descends into politics towards the end, I think it gives a sane overview of where we are in this crisis. His estimate is that we will have a death rate of 300 000 from the poverty induced by our lockdown as opposed to a few thousand deaths owing to the CV: a hard choice between saving lives and sustaining livelihoods (BER). https://jermdraws.com/blog/what-will-south-africas-economy-look-like-after-the-lockdown?

When not reflecting on how to deal with losing at least one tenth of your expected income this year, you might reflect on what is required for happiness (zen!). You might find that buying down (residentially speaking) might well make you happier because you would be wealthier than your neighbours! Old, but still fun: https://www.youtube.com/watch?v=O-t8-Vq0HO0&list=PL8dPuuaLjXtPNZwz5_o_5uirJ8gQXnhEO&index=35

Boring but probably worth a look, is a summary of the payment holidays SMEs might expect: https://www.kznindustrialnews.co.za/news/payment-holidays-for-smes-explained?

Interestingly, our underground economy may well lead the way in economic recovery. South Africa has a huge unquantified market outside of the formal banking system. By way of example, just prostitution adds an estimated £10bn to the British economy. Relatively speaking we must certainly be doing well in this respect – I suspect that such activities are recession proof?

Need a new(ish) car? Wait 6 months: cars must be coming in to dealers but not selling.

Capitec has entered the vehicle finance market – it turns this a purpose lending product and was testing this in partnership with WeBuyCars, now rolled out to other dealerships. The interest rate is punishing, though; the rate for the first R190k vehicle sold, over 60 months, was 16.7%, unsecured and might well go as low as 13.45%.

It will be quite interesting to see what happens to civil servant wage increases and bonuses. Whilst the unions will undoubtedly kick and scream, one senses that increases will be put on hold for some time. Unions will be miffed; good.

The advice above, relating to cars will probably apply to property also: a decline of some 5.6% in property deals for Q1 (as compared with the same quarter last year) is reported by ReMax. Lightstone showed a 5.6% yoy decline in bonds registered and a 10.5% decrease in property transfers registered in our Deeds Offices. Strangely, sectional titles, one of the stronger segments in our property market, seems to have been affected worst. The national median price of such homes dropped by 8.2% whilst freehold property prices decreased by 5.5%. FNB reported that house price appreciation slowed to 2.8% yoy (which is well below the inflation rate) and suggests that prices may well drop further.

Surprisingly, this Tuesday past, listed property shares had picked up 17.8% – presumably because listed property was down by 66% towards the end of March and punters believe this to be a bargain? Property is a good hedge against inflation in the long term and, if not geared/borrowed against, recessions.

A gut feeling: as as poverty increases, we will probably see a rise in the sale of government-aided housing that had been given to the unemployed. The Department of Human Settlements is enraged by such sales as these are often at less than cost. I would not be surprised if the typical title condition, preventing the sale of the property for a number of years, is not more strictly enforced in future.

JP Morgan is reportedly raising borrowing standards ahead of what is termed the biggest wave, a tsunami, of mortgage defaults, in history. Much the same will happen here for those who were marginal before CV, (BCV – one might as well abbreviate it).

On the upside, we have been informed by the Registrar of Deeds, Pietermaritzburg, that there is a possibility that our Deeds Office might go back to work on a half-shift basis. I have little doubt that this follows upon a request addressed by the LSSA (?) to the Chief Registrar.

The Business Insider published a note to the effect that more than 25% of South Africa’s super rich studied law (not new): nice to know, but one feels kinda left behind?

Applications for the subdivision of agricultural land can easily take up to a year to finalise. What happens when these are unjustly refused? The case alluded to below dealt with just this and ended up as an application before the (Pretoria) High Court – a very rare event, courtesy of STBB. http://www.saflii.org/za/cases/ZAGPPHC/2020/58.html

What do you do when your body corporate fails to comply with its maintenance obligations? I hold an article by Prof v/d Merwe US; ask me for a copy.

Need tables in hardcopy hardcopy converted into text? Use the Excel converter for this purpose. Open Excel on your cell phone, open a blank sheet and you will see a button on the bottom of the page which you press – take a photo and voila! (Ex son 2)

Nothing is permanent in this world, not even our troubles.

To understand God’s thoughts we must study statistics, for these are the measure of his purpose.

The C Crisis, a black swan? No rather a Grey Rhino, a term used to describe events that are highly probable, have a high impact but are neglected: we don’t always correctly interpret the facts. One such example is the Enron debacle, almost 20 years ago: a group of Cornell University Business School students needed to do a term project and selected Enron, then an energy leviathan. They found that Enron engaged in risky transactions and recommended that it’s stock be sold. No one listened. https://www.scribd.com/doc/66581069/Cornell-Research-Report-on-Enron-1998

We are all in this together? BS: the poor will go hungry and some will die, the middle-class will feel the pinch, and the elites will profit by taking in hard assets for a song.

The Easter-weekend road death toll came to 28 people, compared to 1612 last year. If one wants to prevent deaths, does it not make sense to restrict everyone to their homes every Easter? In terms of hassle/reward, the gain would be much greater than could ever be represented by our current lockdown.

A Sisyphean existence: the lani amongst us deal daily with recurring but different challenges; a stimulating existence. When your next job is to wash the dishes, again, and tomorrow, again, Sisyphus’ punishment becomes clear: imagine pushing a stone up a hill to have it roll back, for eternity. This leads one to think on the meaning of what one does… washing dishes? (Inspired by Metz)

Well hung: the British press regulator sided with (that dreadful rag) the Sun when it awarded a woman in a long-term relationship with a 92-year-old German chandelier (yes, you read this correctly, light fitting) a Dagenham award (two stops past barking). The woman complained that her relationship was a protected sexual orientation… a well-deserved award, methinks!

Sanzaar has chosen Elton Jantjies as Super Rugby Player of the Decade – I was gobsmacked, but, reading the commentary, he did score the second most points of any player in the last 10 years et cetera.

The lockdown has turned us into part-time looters and guinea pigs in baking experiments!

The economy is so bad that: 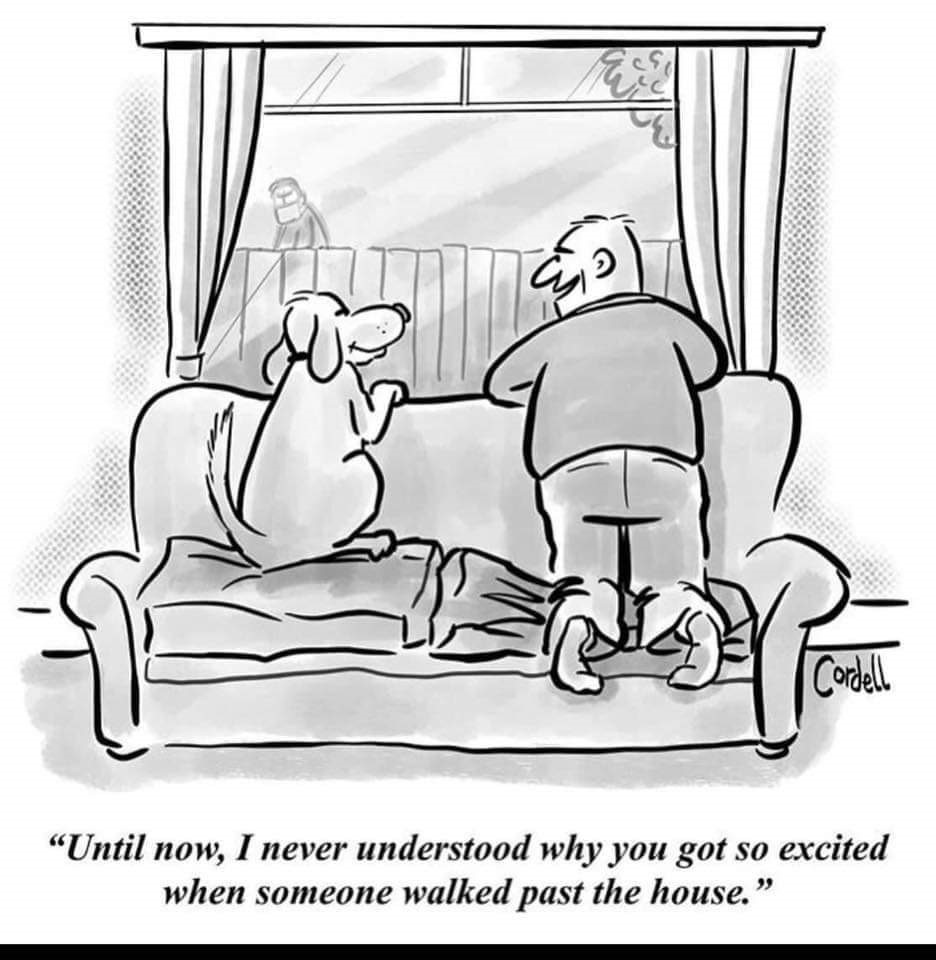