Economic news in Africa, and closer to home, is not great, as may be seen from the following:

So, economically speaking we are in a dismal situation. The question is whether we go from here? There are some positives:

The conversation, therefore, has turned to how we are going to address the issues at hand:

An interesting development is Mboweni proposing zero-based budgeting i.e., all expenses must be justified for each new accounting period. Good, receiving what you did last year, as a matter of course, is not justifiable when funds are scarce.

When asked, who benefited from funds distributed by the National Lotteries Commission, the Commissioner ducked the question. How does Parliament provide oversight if a state-sanctioned organisation deals thus with reasonable questions?

Prof de Vos boldly went where he, by his own admission, is not qualified to go: his proposal of a disruption of intergenerational transfers of wealth which contributes to the perpetuation of the race-based inequality (i.e. 100% inheritance tax) brought forth a well-deserved howl of indignation: methinks that he has overstepped the line and his abuse of his public profile will do him no favours. His proposal is not new and exists in one form or another in many countries: to couple this to race, especially in the worldwide race-roil, will certainly exact an overblown response.

ArcelolMittal has been fined for violating atmospheric emissions licence conditions. Good: when will Eskom take its turn?

The franchising industry has an Ombud coming.

The Ingonyama trust, our homegrown anachronism, complains that it lacks funds to implement programs to benefit those living on its land. Amazing, those who do live on its land, are not formally taxed; they live by, what may be generously termed, flexible rules, expect benefits but will not contribute to them. In fact, the lack of formal infrastructure development and guidelines (one hesitates to use the word tribal) will cost us all dearly in future, as chaos will undoubtedly ensue. You cannot act as a quasi-municipal structure yet exact no real contribution or impose few rules. Social order, the foundation of civilisation, in a modern state, calls for more than this.

How much can a graduate expect to earn, starting off? Do look at the BusinessTech tables in the following link: computer and engineering nerds get R30k on average, whilst lawyers only get R18k.  https://businesstech.co.za/news/finance/403189/heres-how-much-money-university-graduates-can-expect-to-earn-in-south-africa/

The gymnastics engaged in by insurers to avoid wide-spread liability, was described as penalising the customers for their own poor underwriting skills. Claiming that it is not CV19 that caused the losses, but the government regulations dealing with the lockdown (which is not insured), seems contrived? This is a story which will take some time to play out.

Unpaid municipal debts will undoubtedly swell in the months to come. The nutshell version of prescription and rates may be found in the link that follows. Interesting is a note that a taxpayer cannot escape liability for rates if he has not received an account – he must enquire. https://www.golegal.co.za/property-rates-prescription-nutshell/

The requirement that contracts for the sale of land, must be physically signed, has not stymied the property industry much: it is common to physically sign these and then to scan the signed contract across. Nevertheless, our e-lives have taken a step forward of late and the call made for electronic signature of such documents in the following link is probably well timed. The difficulty is verification – especially when overseas documents are signed. I have seen several transactions in which signatures were forged when not signed before a responsible person. https://propertyprofessional.co.za/2020/06/11/its-time-for-e-signatures-on-property-sales/

Signature Real Estate took on, amongst others, the EAAB in a case where the estate agent had applied for a Fidelity Fund Certificate but, owing to the tardiness of the EAAB, had not been issued by such a certificate at the time of sale. Worth a look, as one cannot see this agency becoming more efficient with the passage of time. http://www.saflii.org.za/za/cases/ZASCA/2020/63.html

This week past, the CCM a introduced a digital platform for the submission of arbitration disputes: https://cmsonline.ccma.org.za/

Police abuse overseas and locally is topical: in South Africa, some 600 or more deaths, in custody or because of police action, are reported annually. In addition, a huge number of police assault complaints are received annually. Of these, last year, 3835 were referred for investigation and of these 27.7% were referred for prosecution. The conviction rate was 1.3%. Those of us who prosecuted, will know that assault claims against police are common and pop up in many trials; many undoubtedly opportunistic. But a 1.3% conviction rate points to covers-up?

Whilst on the topic of criminal law: there is a scandal involving the non-recording of offenders in the South African Child Protection Register.

Whilst on scandal: ENS settled with investigator Paul O’Sullivan at R3.5m for reportedly having worked with Dudu Myeni (of SAA fame) which led to O’Sullivan’s unlawful arrest, detention, and malicious prosecution. The settlement was without admission of any liability and only to avoid ongoing strife… Read for yourself: https://www.dailymaverick.co.za/article/2020-06-11-secret-cash-deal-ended-state-capture-tiff-between-paul-osullivan-and-dudu-myeni-lawyers-ensafrica/?

The difference between guarantors and sureties is often not clear; one suspects owing to indifferent drafting. The following is an exposition on this topic: https://www.golegal.co.za/drafting-suretyship-creditors/

A new bill, dealing with the recognition of customary marriages, is in the offing. High time, as the current position is often not clear to me, for one. Looking at the summary, the blurb of the part that interests me, reads as follows:  It will align the marriage, matrimonial property and divorce legislation to address matrimonial property and intestate succession matters in the event of the marriage dissolution; Whatever.

Be wary of dismissing employees for refusing to accept a demand for something else: I hold an article on the topic by a UP lecturer; ask me for a copy.

Fairness in contract? I hold an article dealing with Botha v Rich CC on the topic: ask me for a copy.

Social order at the expense of liberty is hardly a bargain.

It has become fashionable to tear down monuments to had-been oppressors. The difficulty with this is that such monuments were created by a group, to honour someone who had achieved greatness. Those achievements are oft built on dubious conduct – especially when looking back and imposing a different set of conduct rules. This does not detract from the original reasons for greatness, but merely complicates them. If one were to allow this to happen, very few heroes would survive. Think the massive monument to Genghis Khan in Mongolia, Julius Caesar, Shaka and Queen Vic. All their achievements were bathed in blood and I dare you to tear down any of those. So, what makes black oppression different?

Social order is defined in sociology as the maintenance and enforcement of social structures to create a stable (conflict free) society – a desirable end for several reasons. Maintaining an agreed upon structure, obviously becomes more difficult in diverse cultures, as values and norms differ. Furthermore, such structures, of necessity, limit individual freedom. The riots, seen of late, are an indication of dissatisfaction with social structures which are seen to be unfair. Whilst unsettling, these are the drivers of change.

You gotta love this country: we drink, we fight, we are exuberant, and we don’t particularly like authority. Our dop is cut off, so we drink meths, that is flavoured, so we now drink lacquer thinners! Frankly, meths I get, but jislaaik, you really need to be desperate to drink thinners! Kinda reminds me of our elder son who had problems sleeping as a very young baby. A tablespoonful of sherry was recommended and administered; nothing happened. Some more, followed by some more and his fuse ignited. If you’ve ever seen motor bikers in a barrel…

What do you call a feud between two of Genghis Khan’s generals?

“Why on earth are you stabbing your salad?” 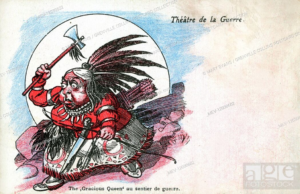