Our economy is recovering and so is our Consumer Price Inflation rate: speculation holds that the Reserve Bank is expected to begin to hike interest rates later this year. Boring.

The truth is not always saleable. An argument was raised this week, that BEE should be replaced by what is termed EED (Economic Empowerment for the Disadvantaged): the argument holds that racism is not (no longer) a problem in South Africa, rather, a social-economic means test should be applied; after all, it is one’s financial status rather than colour that should determine a hand up? The difficulty, that this approach holds, is twofold –

Whilst on the topic of equality: the National Employers Association of SA has said that the latest anti-discrimination amendment law will not be capable of implementation. A part of the problem is that discrimination is defined as an act or omission intentional or not which causes disadvantage to others. Interestingly, a new section 9A has been added which says that one may not retaliate against a person who objects to a discriminatory act or wishes to institute proceedings following on discriminatory acts. Heaven knows what this means: https://pmg.org.za/bill/1012/

Lockdown again stares us in the face: an interesting approach that SWKE (son who knows everything) had come across, is research, which says that in developing countries, lockdown actually increases child mortality, owing to the increase of poverty. From this one should take that what is acceptable in Britain, is not necessarily an acceptable solution for a poorer country. We should therefore not necessarily copy the approach taken by first world countries.

Lastly, an initiative, led by the SA Institute of Chartered Accountants, estimates that we have lost R1.5 trillion to corruption between 2014 and 2019.

The crypto scam MTI, has been dwarfed by an alleged R54bn having been swiped out of wallets controlled by Africrypt, two of whose Durban-based founders, aged 18 and 20 years, have reportedly fled to the UK (and who emphatically deny theft and who said that they fled in order to save their lives). The question one should ask oneself is why you would entrust such assets to a non-regulated entity?

An interesting announcement was made that the Transnet National Ports Authority will corporatised and established as an independent subsidiary of Transnet SOC Ltd. Independent? The Minister of Public Enterprises will appoint its board members. The blurb says that the divisions of the same company, thus separated, will enable each to operate more independently and more efficiently. Our ports are currently ranked lower than that of Djibouti, Abijan, Maputo and Walvis Bay – Cape Town is ranked 347th out of 350 ports globally.

An interesting take on the decline of tourism in South Africa, is a note by Alan Grey that hotel and gaming stocks are trading at discounts of up to half their replacement cost and may possibly hold investment potential?

Home-rentals price growth is down, as a result of potential tenants buying on the back of low bond rates, to some 3.2 percent (taking into consideration inflation, effectively zero) per year.

Our government is pushing equality of all, irrespective of the actual numbers of persons involved. Except where this clashes with black culture? A proposal from the state to legalise polyandry (where one woman has more than one husband) has raised howls of protest from conservatives. Yet, not a word is said when one husband has many wives…

So, (for men only) would you share Natalie Portman, Scarlett Johansson or Charlize Theron?

The Karpowership saga has turned into a circus. The entity concerned remains committed and will appeal a decision by the Department of Forestry, Fisheries and the Environment that environmental authorisation will not be granted, in defiance of the Department of Mineral Resources and Energy considering such an avenue. Surely our ministers should understand that decisions impact on other departments and should discuss this over a cuppa before going public?

Who counts most: teachers or taxidrivers? Why are teachers given preferential CV19 jabs and taxidrivers not? This debate is going to be interesting.

A KZN political heavyweight shot a security guard at a hardware store, who attempted to get him to sanitise prior to entering, several times. The NPA decided not to prosecute owing to a lack of evidence. I am not kidding you: I would have thought that a first-year student could swing this one – self defence against a sanitising-bent official. The investigating officer in this case had apparently assisted the complainant to withdraw the charges – an action that the complainant cannot recall! Oh yes, the would-be-prosecuted gentlemen (who allegedly has had a previous brush with the law over guns and temper – which also ended up in nothingness owing to the charge being withdrawn.) now wants compensation for unlawful arrest!

SADC plans to deploy troops to Mozambique in order to help it fight extremists in Cabo Delgado. Understandable – however, one must have doubts whether this is a good idea. Internal conflicts do not simply evaporate and, as the biggest partner of SADC, we may well attract retaliation within our borders.

A wife got so mad at her husband she packed his bags and told him to get out.

As he walked to the door she yelled, “I hope you die a long, slow, painful death.”

He turned around and said, “So, you want me to stay?”

I asked my 91-year-old father, “Dad, what were your good old days?” His thoughtful reply: “When I wasn’t good, and I wasn’t old.” 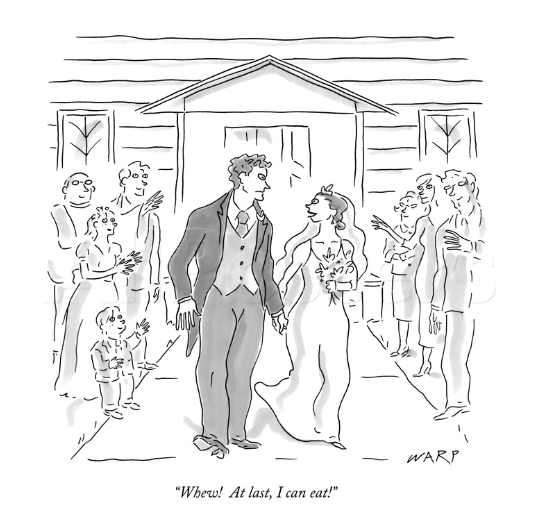