Almost as aside, the SEF and SFF obtained a Western Cape High Court order setting aside the 2015 sale of its strategic oil reserves at $31 per barrel to Glencore. The somewhat bland report says that a former SFF executive had unlawfully concluded a series of agreements to dispose of our 10m barrel reserves. The published articles are silent as to who perpetrated oilgate – but the judgement is available should interest you: http://www.saflii.org.za/za/cases/ZAWCHC/2020/164.html

The SARB/Treasury withdrew its exchange control circular to provide more clarification on the treatment of offshore assets like domestic assets: oops, look-through was less than clear – Ms Wierzycka led the charge which called into question both the competence of our Treasury and the cosy relationship of our Association for Savings and Investment SA with the bigger asset managers such as Coronation. I love that woman!

Restructuring? But when? The Land Bank was again downgraded by Moody’s, citing ongoing delays in the implementation of its restructuring plan. Its rating currently stands at two or three levels below investment grade, depending on who gives the rating. It is supposedly a bank and our banking sector is particularly sound, yes? Aah, but then it is run by government – capacity, capish?

Speaking of banks – the Reserve Bank, in its latest Financial Stability Review, has warned that our government is at risk of going into severe debt distress: old news…

On this front, Zambia has defaulted on its debt and The Guardian spoke of an impending debt tsunami as the financial impact of the coronavirus hits African states. Funny: Zambia’s finance minister blamed the banks and asset fund managers (who wanted to see more transparency on its $3bn debt to China) for making public this disaster… Whatever, if there was no underlying malaise, nothing could have been exposed.

Further on this front: a harbinger of things to come? An Intellidex report on Treasury switches, points to a capacity issue at the heart of our state. A switch, as I understand it, is the Treasury replacing existing bonds with others, rather than to pay out. A hiccup, termed a failed switch auction, was mentioned, together with internal lack of capacity inside of the Treasury. If this is how the market views our Treasury (see above), we may be in for a rough ride.

With reputations at an all-time low, Santam, GuardRisk and now Old Mutual Insure keep digging! A salutary lesson in how not to do business.

If you want anything done in South Africa, burn something (a few trucks maybe?). Businesstech reported that our government is now looking at limiting the hiring of foreigners in South Africa. No, this has nothing to do with xenophobia – this is just business. The fact is that if you, on your home turf, cannot compete with a foreigner…

At last, a bank which sets out to provide what we need: Nedbank is sent to be exploring financing options for PV installations.

A note by the Grumpy Economist deals with how one might distribute limited CV19 doses. To distribute a few to each city serves little purpose, but, if one were to distribute all to a single community then not only that community but the surrounding area would be safer. It would be interesting to see how money affects distribution.

Property prices is inexorably linked to residential and commercial letting.

PayProp’s Rental Index indicates a downward trend for residential rentals, citing a vacancy rate of 11% and rental arrears above 25%. In real terms, our residential rents are down by an average of 1.2% in the first nine months of this year.

FNB expects commercial property to lose 16% of its value by the end of next year. This must affect the rentals one can expect.

How does one transform the estate agency industry – race wise?

Statistics hold that most purchasers of residential property are single black women. Yet black estate agents say that they do not have equal access to property stock. What to do? The MD of TseboREAL has suggested that a monetary rebate (think lower tax) be used as an incentive if the purchaser purchases via a black practitioner. As it is, BEE, at its worst, is a tax on doing business (and at best, giving yourself a hand up) – in this scenario, the proposed tax is to be garnered from the Fidelity Fund, government grants, fees and fines as well as – wait for this – bequests to the PPRA. I can imagine testators bequeathing money to the SPCA, but the PPRA! Cloud cuckoo land.

If it interests you, there is an explanation between the qualifications required to become an estate agent and to become a principle (sic): https://www.iolproperty.co.za/roller/news/entry/the_difference_between_an_estate

You must love the terminology: our government wishes to mitigate the negative impact of the reprioritisation of funds on local government by introducing new taxes on the development of land. Broke?

A luta continua? The Hlope saga continues with claims by Judge Hlope that there is a conspiracy against him, of which our Chief Justice (yes, having a go at the boss is a last-stand affair) is a part. That this is still an issue, is to be laid at the door of our JSC which, to put it mildly, has dealt with the imbroglio surrounding that judge, with glacial speed.

Officiousness? The LPC has said that it would let us know when we could apply for our fidelity fund certificates for next year – but we still don’t know when. Big Brother keeping us up to date.

If there is only one recommendation I would make to any busy attorney, I would suggest that you buy speech recognition software. The use of this saves an enormous amount of time and cost and is worth the money. If this interests you, drop me a note.

Case law and such:

Monkeying around? Wegmans, a US retailer has confirmed that it will drop the sale of a certain brand of coconut milk as PETA (People for the Ethical Treatment of Animals) has accused the manufacturer of using monkeys as forced labour. Please, please stop using cattle to plough! We can survive horse-drawn products being withdrawn but if beef were banned…

The last refuge of a scoundrel is … racism? Shepherd Bushiri says that the new arrest warrants against him are part of a crusade by white police officers to tarnish his name. What an @ssh@le!

And, of course, the BLF supports him. Ditto, plural.

Yesterday Mr Gordhan stood alone as the guarantor of our fiscal propriety, today he is accused of launching a forensic investigation into who leaked information on his appointment of a spokesman (fingered for nepotism and such), allegedly not having even a matric certificate, in a post requiring a post-graduate degree. Whatever the truth of this, one may draw from this the following:

So, who are the people? The Citizen has reported on the obvious: we have a critical shortage of medical staff in South Africa, but we have newly qualified doctors who cannot be deployed as there is no money to pay for them. Yet we choose to retain in service other unaffordable civil servants as the repercussions from organised labour will be severe? We also clearly overpay many executives (think the SABC top executive pay, there are 8 at R3.9m per annum each, salaries well above that of a minister), are over-led (by way of example we have one general for every thousand NCOs and soldiers) and so on. This leads one to assume that the weal of the people is certainly of less importance than the weal of those in office. 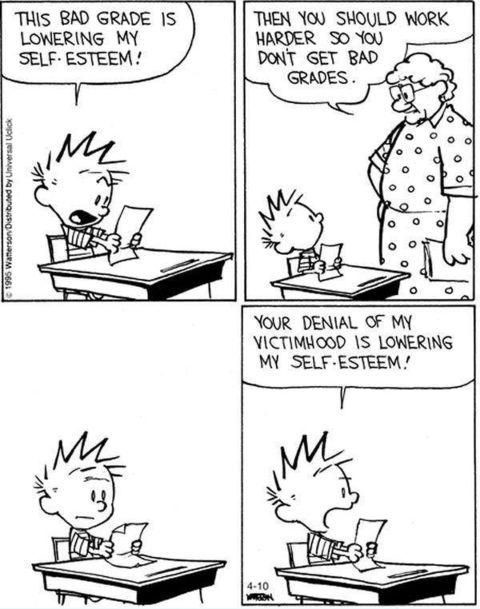