This week past the Prez cited the motor industry as a prime example of the success of state assistance en route to calling for state assistance within our economy (an ideological position). I recalled son number one commenting on such assistance some years back and embarked on taking a look on what is available within the public domain: the automotive industry cost our Fiscus R34bn in foregone tax in 2020. The DTI estimates that 130,000 people are directly employed within that industry, implying a gross cost of over R250 000 per job–paid for by the state! Motor manufacturing contributes less than 1% to our GDP directly, though some argue its total contribution is closer to 7% if indirect effects and retail trade is included. The following graph illustrates this point. 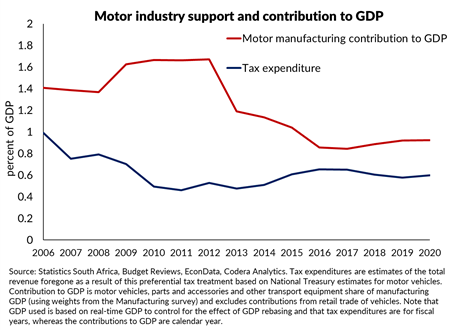 By way of comparison; agriculture contributes some 2.5% to our GDP – I could not readily find what assistance was given by the state to our agriculture sector. Seen thus I could but wonder whether a greater “spend” on our agricultural sector would not pay greater dividends? Furthermore, a greater agricultural spend would spread the largesse received from the state across a wider spectrum of recipients, as opposed to the highly concentrated nature of motor industry assistance.

I am painfully aware that this is a complex topic which hardly lends itself to an accurate assessment and of which I know little. The difficulty is further that the nature of state assistance is politically/ideological determined, and I would not put financial manipulation beyond the powers that be.

US stocks appears to be entering a bear market and our JSE shrank in sympathy. Our losses are not nearly in the same league, but the use of the term stagflation has again come to the fore.

A writer on our economy enthused on our 3% GDP growth. The difficulty with being old is that I can remember it being said that it would be necessary to increase our growth rate to above 6%, in order to address our high unemployment, poverty and inequality. In fact, in the middle of the 90s and some 10 years later our GDP growth rate reached 4.5 – 5.4%. Three percent growth is not going to take us anywhere meaningful.

Another statement, this time by our Deputy Health Director attracted my attention: he said that the government will do what is necessary to ensure that skilled professionals do not leave the country ahead of the introduction of NHI. Simultaneously with this pronouncement came reports that we are not training sufficient numbers of doctors to fulfil the staffing requirements for our hospitals and that, two weeks ahead of community service commencing, our Health Department has yet to begin accepting applications for such postings. Walking the talk? BS!

A report on China adopting genetically modified maize and soya attracted my attention: I cannot stand in for this statement as I do not have the necessary information, but it would appear that the area of South Africa’s land under, for instance, maize dropped dramatically over the past 50 years, but our yields have increased – one suspects this to be as a result of yield increases owing to better farming methods and better seed. Why this is of interest to our farming community, is the prediction that China will become less reliant on imported maize which, in turn, would push down maize prices, which in turn, would discourage South African farmers from growing maize.

Business success may be measured in income: the following graph gives South African industry performance in terms of profit and returns on equity and assets per sector – do take a look: https://codera.co.za/industry-performance/

Speaking of success: Freud suggested that occupational success extracts a heavy toll on our psychological and physical well-being. True? Perhaps not: recent studies suggest that exceptionally successful careers are not associated with medical frailty, psychological maladjustment and compromised interpersonal and other relationships. Take a look: https://marginalrevolution.com/marginalrevolution/2022/06/successful-people-are-also-happy-and-well-adjusted.html?

Recently, IOL ran an article saying that investing in property is a safe bet, especially in times of crisis. Is this true? After all, commercial property probably fell 30% during the GFC – residential property much less; there is therefore probably some truth in the statement that a residential house is probably one of the safest bets that one can invest in. This reminded me of the Jewish advice on an ideal portfolio comprising one third property, one third stocks and one third cash. The problem with house prices is that, in theory, if there were no market pressure, such prices would escalate at the inflation rate only – if that. Such an investment may be safe but will not necessarily produce great returns.

There has been much breast beating over our university pass rates – and with reason; after all many students are funded by the state and one wants a good pass rate to justify the expense. Much of this result derives from an acceptance that students are not prepared for tertiary studies for one reason or another. A somewhat lurid article in the University World News held that our university dropout rate is 40% in the first year only. The article, indirectly, ascribes this failure to low-income and historical disadvantage. Interestingly some 28% of Germans and Americans do not make it into the second year – our struggle in this respect is therefore not necessarily unique.

More than one article, of late, has warned that social unrest will increase globally owing to the unprecedented cost of living increases, following on the Covid disruption of world economies. Locally, such threats are interpreted against the backdrop of Mr Zuma’s potential imprisonment which, it is said, would, if implemented, precipitate social unrest. The writer quotes Yeats:

Mere anarchy is loosed upon the world,

The blood-dimmed tide is loosed, and everywhere

The ceremony of innocence is drowned;

The best lack all conviction, while the worst

Are full of passionate intensity.

We both said “I do,” and we haven’t agreed on a single thing since.

Two men were talking about their wives. The first man says, “My wife is an angel.” The second man says, “You’re lucky! Mine’s still alive.”

Q: Why does a man twist his wedding ring on his finger?

A: He’s trying to figure out the combination.

On their wedding night, a groom asks his new bride, “Honey, am I your first?” She says, “Why does everyone ask me that?”

Hovering between wife and death. 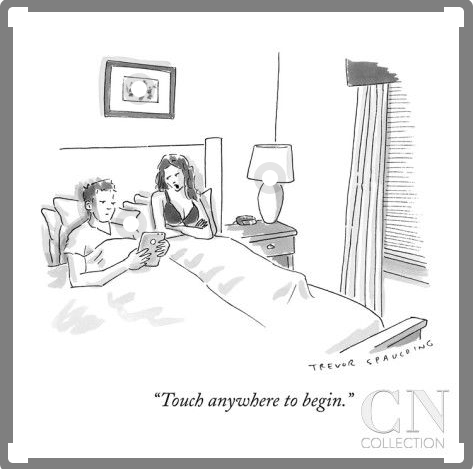