What budget? The ink on the latest budget is hardly dry when we have Ace encouraging students to stand up for their rights to education which he says is ANC policy; Blade immediately folds and extra NSFAS funds are found. Similarly, with the impending lapse of the CV19 social relief grant; our government decides to replace this with a basic income grant which we have never been able to afford until now. Keeping in mind that we are broke, the following are such a lovely pair of phrases: “We need to find pathways towards introducing a basic income grant, to mobilise for a social compact. Let us dispel the notion…this is absolutely nothing to do with elections. It has everything to do with ANC responding to the needs of our people.” Yup pathway to penury and the hearts of voters.

The Daily Friend published a note on Denel: this makes for grim reading. Its acquisition of BAE Land Systems SA, from a UK company and an empowerment consortium, was lemon, it lost a R4.5 bn contract for the supply of Umkhonto missiles to Egypt, and its project Hoefyster, to supply the SADF with military fighting vehicles, is 9 years behind schedule (as it does not have the cash available for parts). Its reputation as a world-class military hardware supplier is dead.

What I did find interesting was a note on the moribund R200bn loan scheme (a part of the much-vaunted R500bn Coviv19 intervention scheme), intended to help small businesses through the pandemic, which held that only R18m had been paid out, as business owners refused to take up the offer of credit in uncertain times. A contributing factor was that banks made such borrowers sign personal surety even though the loans were guaranteed by the State! So much for state intervention!

On a more positive note, Fitch predicted that our GDP would continue to grow, topping out at some 4.3% by year end. This looks better than it is as it comes off a low base but is still progress!

Six municipalities will enter into a project to procure, generate, and sell their own power (guess in which province these find themselves). I have mixed feelings about this as the loss of customers can only weaken Eskom further, but we do need own-funded electrical supply. If the trend continues, Eskom will end up as the supplier to the poor whilst those financially able to so will do their own thing; understandable but hardly good news for Eskom.

KPMG and ABASA (an association representing black accountants) has teamed up with the stated intent of training small and medium-sized accountancy practices to expand transferable skill sets to those accountants engaged in the public sector, to the private sector.

A judgement against the EAAB, ineptly defended by that institution, saying that it should do its work and quickly, has been hailed as a landmark breakthrough. Really? Why is it necessary and indeed a victory to get an institution to do its work and why would it defend itself against such an order?

The statistics on property prices are well known and hardly worth repeating. What I did find interesting in a recent Business Maverick article, was a comparison between the CV 19 market drop compared to that of the GFC some 10 years ago: then the economy dropped by -1.5% and property values by -5.4%. Our current crisis saw the economy down by some -7% and property values by -0.3%. Why the difference? A dramatic drop in interest rate, coupled with inflation eroded house prices.

Much more topical is an article by BusinessDay holding that the CCMA is broke, owing to its R1bn budget having been slashed by R99m, with further cuts to come. The result is apparently that conciliation will be dropped in favour of arbitration and that walk-in facilities will be curtailed.

The most telling sacrifice is that known only to you.

Without a hint of shame, de Lille explained that the R37m Beitbridge border fence was not compliant with specifications and will not be repaired. The Department is seeking “integrated border fence solutions” and, once it receives new ideas and the best practice, defence will be consulted, and a way forward decided on. Amazing – one would have thought that such a spend would have been preceded by what is now intended afterwards.

Can you remember when our squeaky voiced Springbok coach was sacked? He cited racism with wags retaliating that he was not fired for being non-white, he was fired for being useless. A similar mini scandal arose, when the Eastern Cape Premier had his Masters degree course cancelled for want of compliance with the minimum requirements. Oh yes, this deregistration accompanied the sacking of a Nigerian professor who probably (?) facilitated that registration? The Premier’s indignation is wasted on me; if you don’t comply with the requirements, you should not be registered, that’s it.

We demand – Fees Must Fall revisited five years on! Unaffordable education will be given to students demanding tertiary education, egged on by our divisive two-IC. Student debt already stands at R13bn and demands are that this should be “cleared”. An understandable confrontation, given Ace’s assurances that free education is ANC policy. Then weighs in Carl Niehaus, fevered leader of the MK (a caricature soldier in camo, fraudster, and Zuma yes-man) and the debates instantly sours as he seeks to link this debate to RET and white monopoly capital.

So…you’ve been eating hot dogs and polony all your life, but don’t want the CV vaccine because you don’t know what’s in it?

Sometimes I wonder if all this is happening because I didn’t forward that email to 10 people?

What does COVID-19 have in common with pasta? It emerged in China, but Italy spread it to the world. 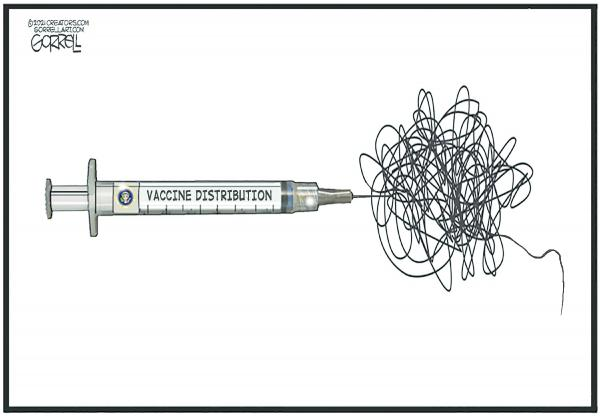