There is some good news to report on and for this the Prez should be lauded even though much of this is not directly attributable to his leadership:

• Our new Minister of Finance stuck to the expenditure containment script and even stated that he prefers job creation to BIG!

• to 69.9% instead of the much higher figure bandied around a year-and-a-half ago;

• A robust recovery in civil construction is anticipated in the wake of ambitious plans to invest in large-scale civil projects.

• Treasury stating that the NHI has been moved to the backburner, owing to under-application of those charged with its implementation and unaffordability.

• One should note the following developments: https://businesstech.co.za/news/business/535180/3-investments-that-will-bring-billions-of-rands-to-south-africa-and-end-load-shedding-ramaphosa/

The bad news for our economy is that the better-than-expected debt/GDP ratio does not tell it all – the debts incurred by SOEs, and municipalities continue to escalate. Some idea of the scale of this may be drawn from the following: https://www.cabri-sbo.org/uploads/files/Documents/Risks-that-contingent-liabilities-are-posing-to-national-budgets-A-South-African-case-study.pdf

More information has become available on the eNaira which appears to have many of the advantages of crypto currencies and should probably be lauded as an attempt to counter the rise of the latter: https://theconversation.com/nigerias-digital-currency-what-the-enaira-is-for-and-why-its-not-perfect-171323

Whilst on the topic of crypto currencies – do read the conclusion drawn in the following article: https://perjournal.co.za/article/view/9364/16482

• Price increases for new vehicles are going down, despite demand exceeding supply. In the same breath I understand from a client, in the second-hand vehicle sales industry, that prices of vehicles have gone up dramatically, owing to the restricted supply of new vehicles.

• South African e-visas will be introduced for certain countries: looking at the list is hardly inspiring; none of the countries whose citizens one would want to visit us, is included. See one page down on https://businesstech.co.za/news/technology/536904/new-e-visa-system-planned-for-south-africa-what-you-should-know/

More substantial news is on:

• The latest practice note, published by the Department of Trade Industry and Competition, on BEE. Take a look: https://www.derebus.org.za/sanity-now-prevails-in-the-b-bbee-landscape/

• Do higher-paying firms offer more favourable work? Take a look at the abstract offered at https://papers.ssrn.com/sol3/papers.cfm?

• Compulsory Covid vaccinations are on the rise:

• in Latvia parliamentarians have been excluded from Parliament if not vaccinated;

• Old Mutual has made vaccinations compulsory for workers from January; and

• in Austria, the unvaccinated will not be allowed to leave their homes and may do so only for reasons considered essential to life, such as work, grocery shopping or doctors visits.

• The parol evidence rule and the restriction thereof in the CPA is discussed in https://perjournal.co.za/article/view/9486/16882

• The Cape High Court has instructed the LPC to investigate its systemic failures and report back after it had twiddled its thumbs on the striking off of an attorney who had committed serious breaches of professional rules over a period of 29 years! In this respect, there is a recent case in which the LPC applied for the suspension of practitioners depending the finalisation of investigations into their conduct which, on reading, is hardly inspiring: http://www.saflii.org/za/cases/ZALMPPHC/2021/75.html

• The Pietermaritzburg Registrar of Deeds has not set a deadline for lodgements that will be executed before year-end. A double execution will be held on 21 December. 22 and 23 December will be normal working days during which (remaining) executions will be done and lodgements will be accepted.

• A Western Cape High Court case, involving the SAHRC has explored the definition of a home in counter-spoliation cases involving informal housing – not available at the time of writing. Ask me for the newspaper text.

• Lastly: you should have, by now, at least had a go at the procedure necessary to replace your fidelity fund certificate. I confess to having been disappointed – on the one hand, what the fund asks is onerous to extract, but I have little doubt that the result is a tick-box affair as the certificate is immediately issued on completion whilst a x-check could not possibly have been done.

• Good faith in the law of contract: https://www.derebus.org.za/can-you-use-good-faith-to-alter-contractual-rights-and-obligations/

• What is the reach of the expression ordinary course of business for the purposes of the CPA: https://www.derebus.org.za/controversial-new-test-for-ordinary-course-of-business/

• The big news of the past week was the SCA pronouncement on the transfer of water use entitlements, which the Department of Water and Sanitation attempted to prohibit: http://www.saflii.org.za/za/cases/ZASCA/2021/159.html

• Is it necessary to register an ANC before you get married; customary marriage style? The judgement in question was given by the Johannesburg High Court and was not available on SAFLLI at the time of writing – ask me for a copy (courtesy of West).

There’s not much real news on the property front. Odds and ends are the following:

• If you find feminism and property ownership interesting, you might want to read the following: https://perjournal.co.za/article/view/9590/17368 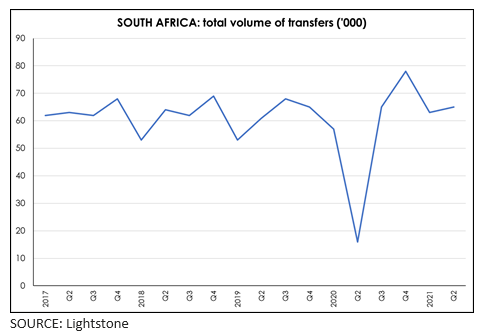 Lastly, and depressingly, InterNations, a network for expats published data, highlighting the best and worst countries for expats to move to and live in. This year Taiwan, Mexico and Costa Rica are the best expat destinations (Mexico?). South Africa joins Kuwait and Italy in the bottom three – I confess to being sceptical: https://businesstech.co.za/news/trending/533770/why-south-africa-is-among-the-worst-places-to-live/

Yes I know that SA is not the USA, however, when you read that it took California 42 days to install four 30-megawatt gas turbines to supplement the state’s power supply; and exactly the same project, named Ankerlig Transmission Koeberg Second Supply, was initiated 8 years ago and will take another four years to finish by our authorities, you wonder what is wrong?

“When you have something to say, silence is a lie.”

A study in the promotion of mediocrity

According to the ANC, candidates (for mayorships) can score a maximum of 20 marks for “political and leadership experience”, 15 for “executive management, policy and governance experience”, 10 for “community experience and social facilitation” or “basic services and revenue generation”. The lowest-scoring categories, earning candidates a measly five marks each, include the sort of pointless things nobody wants in a mayor: “qualifications”, “financial management, budgeting and interpretation of finances” and “core values and ethical conduct”.

A surgeon, an architect and a lawyer are having a heated pub discussion about which of their professions is actually the oldest.

The surgeon says: “Surgery IS the oldest profession. God took a rib from Adam to create Eve and you can’t go back further than that.”

The architect says: “Hold on! In fact, God was the first architect when he created the world out of chaos in 7 days, and you can’t go back any further than THAT!”

The lawyer smiles and says: “Gentlemen, gentlemen…who do you think created the CHAOS??!!” 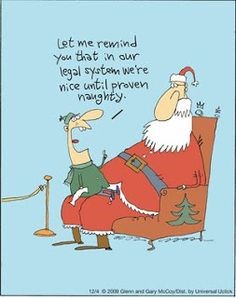