This will be the last edition of Snippets this year. I will resume publication on 23 January.

Do have a happy and relaxing Christmas break.

The primary economic news of this week past must be well known to all those who pay attention; some notables are –

Petrol prices have skyrocketed to record levels this year. This has led to all manner of questions being asked about fuel levies and so on. The fact is that our government took over the fuel levy on petrol from the apartheid state, over a quarter of a century ago, as it was a convenient source of revenue. The apartheid government considered petrol a strategic resource, which is hardly the case today. Taxing fuel seems reasonable if one uses the proceeds to build and roads – the user pays, right? But, no, the revenue from that source is not ring-fenced. Alternatively, one can say that only the rich drive and that the rich must therefore pay more taxes than others? This is not true either as transport costs affects all in one way or another. So, one concludes that levies on fuel, is merely a tax.

If one considers the tax that South Africans pay it is interesting to compare tax revenue as a percentage of GDP. The graph below is dated but illustrates a still-valid point. The fact is that we have too few taxpayers and too high spend-expectations. Couple this with a government that cannot sustain its population, the result is where we are at. 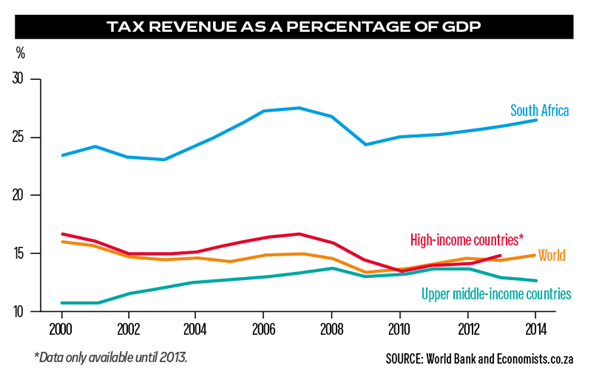 (War) talk. Our government cannot extract itself from its guise as revolutionaries/warriors:

Loos (FNB) expects the future of property values in South Africa to revert to a situation of below inflation growth. The rise of interest rates will put a brake on the purchase of residential properties and, as corollary, better the house rental market – which is still showing negative real growth from the previous year. So much for property being a hedge against inflation – at least in the short term!

There are a number of new developments such as the Lagoon Beach, Johannesburg, the eco-estate, Johannesburg and an interesting note on a garden in the sky, that might interest you: (https://propertywheel.co.za/2021/11/garden-in-the-sky-at-soon-to-launch-hq-sandton/)

A ray of hope in this dismal sketch is a report that the building Contractors’ Confidence level is up dramatically and sits at its best level since mid-2019.

Can we expect a new National Police Commissioner soon? Once the Minister of Police publicly says that his Commissioner was not attending to the unrest and that worthy responds by saying that the Minister was not looking in the right place, you cannot expect these to do work together. Good. Anyone who had watched the video of our National Commissioner testifying at the SAHRC investigation, cannot be in any doubt that this man is not worthy of the post he occupies. The academics say that the unrest was inevitable – something that the police simply did not notice and, when things did go pear-shaped, the police attitude that if the crowds were not endangering lives, crowds could continue causing havoc, is pseudo-rationality which does not gel with police function. The question, asked of minister Cele, is whether he will, this time, appoint on merit?

An interesting note, that I chanced on, was an article published in the European Journal of Epidemiology giving a finding that there appears to be no discernible relationship between the vaccination rate of Countries and the new Covid19 Infection rates in the last week. https://link.springer.com/article/10.1007/s10654-021-00808-7

Son number 1 spent a week in Stellenbosch drumming up business for a new venture – his comments on the local techno park, highlighted the reason for the success stemming from that town. Interestingly, he says that the support given to him by others engaged, in the same business was remarkably different from the style of doing business in Joburg. The latter discourages competition. The former would assist if you will not go into direct competition with those you consult. Perhaps there is something going for the Stellenbosch mafia?

What do you call one hundred lawyers at the bottom of the ocean?

What do you call one thousand lawyers at the bottom of the ocean?

​What do lawyers and sperm have in common?

One in a million have a chance of becoming human over time.

Boss: Who said that just because I tried to kiss you at last month’s Christmas party, you could neglect to do your work around here? 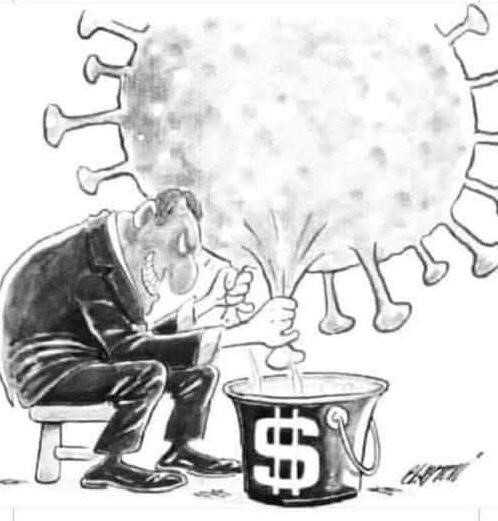