What has happened in the Ukraine happened to Georgia: what does a state do when the majority of a population in a province wants to belong next door? Mr Putin simply capitalised on this, twice. Anyway, we will pay more for petrol but our tax revenues from commodities will be up to counterbalance high inflation, high debt, and limited government spending: up the revolution!

Now is the season to consider salary increases. Look at this: 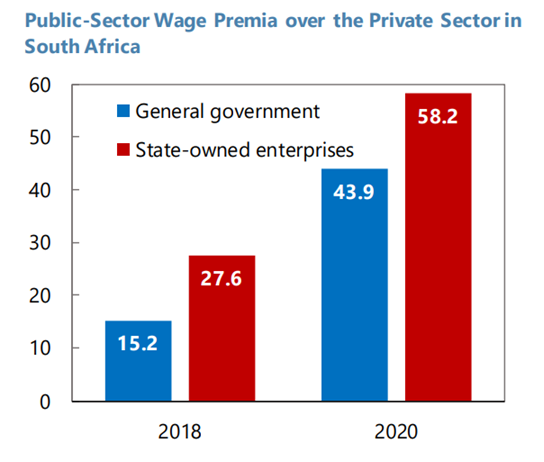 There are reasons why our SOE’s are running at a loss; the above is one of them. As an aside: Mboweni had withheld PIC bonuses to executives amidst a governance scandal, which has now been ruled invalid by our Labour Court. The fact is that these guys are overpaid.

Last week I reported on two new post-apartheid smart cities that in planning; add another – this time in Limpopo; Nkuna Smart City, at a cost of R5.46bn. Oh yes, our Department of Trade etc. will be sinking R50m (of moral support?) into this project.

BEE is a cost to business and calls have been made that it should be discontinued. That will not happen as the pace of transformation has been slow; the latest proposal is that the Dept. of Employment and Labour will be entitled to set numerical quotas for businesses in September, the non-compliance of which will block the entity involved with doing business with the State, as indeed will anyone, beholden to the State, such as banks etc.

Whilst on the topic, Parliament’s Select Committee etc. will be considering a petition to remove the word coloured  from all official government forms as that term is confusing, derogatory etc. and conceals the true historical identity of the Koi and San people. Whatever; I would be surprised if those historical races are still remotely pure. Race is becoming like gender, pick yours.

You might recall Sasria’s assurances during the civil unrest, that it held enough funds to cover the damage. Not so, it is set to receive R22bn from the State .. and your premiums will probably go up.

The only mildly interesting news is that Capitec has introduced a rewards programme, which is punted as a behavioural banking solution and which should allow clients a 0.5% cash-back reward for having a credit product, debit orders and certain payment transactions.

Punching waaay above their weight: this week a photo was published of the top ten matriculants in Pietermaritzburg: as has been the case for many years, Indians make up most of those pupils. The fact is that, as a minority race group, they academically outperform everybody else.

Equality? A minimalist state is there to maintain order and to protect its citizens against depredations. We should all pay tax to maintain such a state. When that state uses its coercive power to oblige some to help others, does it violate those taxed’ s fundamental right to separateness? Our state goes further by providing for what is referred to as redistributive justice – to atone for past sins? The problem with this is that this tax is imposed upon everyone rather than the sinners alone. But wait, there’s more: consider the following: a rugby player becomes wealthy because everyone wants to see him play and he takes a small contribution from all for that privilege. Is his being wealthy unjust?

The fact is that we have come to accept taxes without question, which should not be the case.

Be the flame, not the moth

I’ve been on so many blind dates I should get a free dog.

I dated a hypnotist once. She was the hottest, smartest, skinniest, funniest, kindest, most glamorous, and sophisticated woman I’ve ever met.

I like to date schoolteachers. If you do something wrong, they make you do it over again.

I discovered recently that speed dating for old f*rts takes an hour and half! 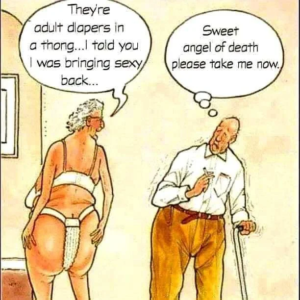