Moneyweb ran a newscast in which the expert stated that it is now cheaper to buy houses than to rent accommodation. This conclusion is drawn from record-low interest rates and has reportedly led to some agents posting heightened sales.

How does one calculate the real rate of return of a rental property? The obvious solution is to take one’s return and deduct from that the rate of inflation? Not quite, take a look: https://www.moneyweb.co.za/moneyweb-opinion/soapbox/how-to-calculate-real-returns/?

So, you earn a commission and you work from home? See what tax deductions are available to you: https://www.webberwentzel.com/News/Pages/deductions-available-for-commission-earners.aspx

Restive: the volk is becoming restive – the economic damage (it’s about the economy, stupid!) wrought by the junta-imposed lockdown, is becoming such that folk are openly ridiculing, indeed disobeying, those that govern us. Examples of this abound and are not helped by things falling apart at especially municipal level. Part of the problem is that the results of the dystopian nature of ANC-imposed goverance have been laid bare by the crisis at hand. It has become abundantly clear that, under our current trajectory, things are probably going to get much worse and that the suffering of the poor might well get out of hand.

The discussion regarding the creation of wealth, the vehicles for this, such as infrastructural development, and the sourcing of funds to do this, will no doubt intensify. The difficulty with investing in South Africa is not unwillingness per se, the unwillingness is born of a distrust of the capacity of our state to govern. An example is the continuing debate around wealth tax/redistribution. Few would baulk at investing in infrastructure (potentially a win-win recipe). But, for this to be governed by a state which has a proven record of mismanagement, is simply not acceptable to investors. Coercion beckons but, once resorted to, proves the problem above.

The GEPF rules state that the fund should be able to meet its obligations at all times, subject also to a funding level for liabilities of 90%. In March last year its figures stood at 108.3%, which meant that the fund had sufficient assets to cover its actuarial liabilities. Estimates indicate that this figure now stands at 63%. Indications are that the state should fund this shortfall to the tune of about R6bn per year. https://www.iol.co.za/business-report/economy/marchs-market-massacre-revisited-51207053

Lies, damned lies and statistics: the fatality rate of the CV19 virus is hotly debated as this statistic underpins the intensity of the preventative/retardant measures that should be imposed on our population. The latest in this is a report stating that the real fatality rate is only some 0.26%, as opposed to the symptomatic case fatality ratio of 0.4%. Many factors muddle this ratio; questionable statistics, potential gain and justification, the lowering of flu infections as well as heightening deaths from TB and similar causes, makes it virtually impossible to pin this figure down. In truth, we will be only know the net effect of the pandemic in a year or two when one would be able to produce, from statistical figures, the real net increase in deaths.

There are two interesting snippets which will affect most of us, businesswise:

The Department of Employment and Labour has indicated that it wishes to introduce the Employment Equity Amendment Bill to the National Assembly for approval. If accepted in its current form, an employment equity certificate of compliance will become a precondition for access to state contracts; employers with fewer than 50 employees will no longer have to report on employment equity targets, and the state would set employment targets for those employing more than 50 persons. https://businesstech.co.za/news/business/418065/south-africas-major-new-transformation-law-is-coming-what-you-need-to-know/

Co-operation NDZ-style – reset button: the  junta (-leader?) has begun an urgent roll-out of its new district development model which will help correct social inequalities exacerbated by the pandemic by contributing to vertical and horizontal integration of government planning and implementation.

Yup, this calls for a coordination between all three spheres of government, mobilising the capacity and resources of government and civil society, including businesses, labour and community…

Yes, guess where her politics solidified.

On a personal note: everybody and his dog is suddenly offering webinars – which appears to be a great idea. The difficulty is that they all seem to do this smack in the middle of business hours – presumably based on the assumption that someone who is interested in the challenge of economic growth, has nothing to do for two hours from 11h00 onwards! The fact is that those interested in arcane topics, have work to do and would, presumably, be pleased to rather watch such things after work hours?

The Pietermaritzburg Deeds Office has, yet again, closed, owing to the need for CV19 sanitation. I had said that deeds offices cannot close for three days at a time when a need to sanitise arises. Logically, this is going to happen many times, which will result in a massive amount of time lost. On investigation, it turns out that deeds offices are bound to central government prescriptions which, amongst other things, require a stand over period of two days after sanitation. This, in turn, is attributed to chemicals used by the state to sanitise, which typically includes formaldehyde – which does take some time to dissipate. I enquired, and it turns out that there are other ways to achieve the same result which are considerably quicker. I will be addressing a letter in this respect to as many conveyancers as I’m able to reach – I believe that it is time that we, as a profession, called upon the State to revise its sanitation rules.

Broke since 1981: the battle for the soul of the RAF continues. Beamish published an article on this subject, slating all parties; worth a look, but to be taken with a knippie salt. https://www.moneyweb.co.za/news/south-africa/road-accident-funds-faux-outrage-beggars-belief/?

No spots on this leopard: the NPA is certainly not doing us proud in bringing those involved in corruption to book. Bathohi says that we do not have the skills to investigate complex corruption. If this is the case, why spend money and hope on this enterprise and accept that large-scale corruption (think the Zondo commission) will go unchecked?

What tax do donors and beneficiaries of trusts pay? https://www.golegal.co.za/taxation-offshore-trust-taxation/

A good half of us will get divorced – if you are the primary income earner, will you have to maintain your ex? https://www.golegal.co.za/spousal-maintenance-duty-support/

It seems impolite and harsh to start a judgement by telling a litigant that his cause must fail. But if there ever was a candidate for that kind of opener, this is it – this gentleman earned himself a ticking off and a punitive costs order for vexatious litigation: http://www.saflii.org.za/za/cases/ZACC/2020/18.html

Gobsmacked: Standard Bank, Nedbank Investec and FNB have agreed that service level agreements, that prevent firms, appointed to provide conveyancing services to them, from acting against the banks, be removed… So, presumably those who would act against a bank who instructs them has a misunderstanding of ethics – the one that holds you cannot act for and against the same client?

Even more interesting: members of the Black Conveyancer’s Association should be entirely exempted from investment requirements with banks that instruct conveyancers. Just them.

It is hard to imagine a more stupid or more dangerous way of making decisions than by putting those decisions in the hands of people who pay no price for being wrong.

“When history is written as it ought to be written, it is the moderation and long patience of the masses at which men will wonder, not their ferocity.”

Q: How did we know communism was doomed from the beginning?

A: All the red flags.

What’s the difference between politicians and flying pigs?

A politician uses statistics like a drunk uses a street light.

For support, rather than illumination. 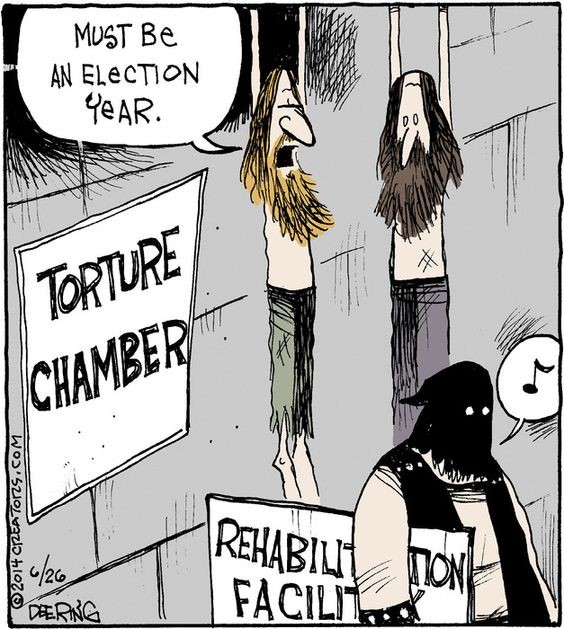